The Southwick News published a nice recap of NCCHP's Harvest Fair attractions in their September 23rd edition; see below for the full article (click on the image for a larger version):

If you haven't put the Harvest Fair on your calendar now is the time to make plans to come to Granville and NCCHP!

Jeff Rowley has been kind enough to provide his family's copy of the Gettysburg Address to NCCHP to be exhibited as part of the Civil War exhibit, on a long term loan basis. According to family legend the address was given to his grandmother, Anna Schusler, when she was a small child (very early 1900's). She had recited the Gettysburg Address at her school in Hartford, CT and the document was presented to her at that time.

The actual age of the document, which measures approximately 19" by 24" is unknown but it is interesting that it is not titled as "The Gettysburg Address" but rather "President Lincoln's Great Speech." It was later framed by Jeff's grandfather, Levi Rowley in 1910 (based on a copy of the Hartford Times newspaper that was used as backing during the framing process). Levi Rowley's ancestors were from Granville, many of whom had worked at Noble & Cooley. 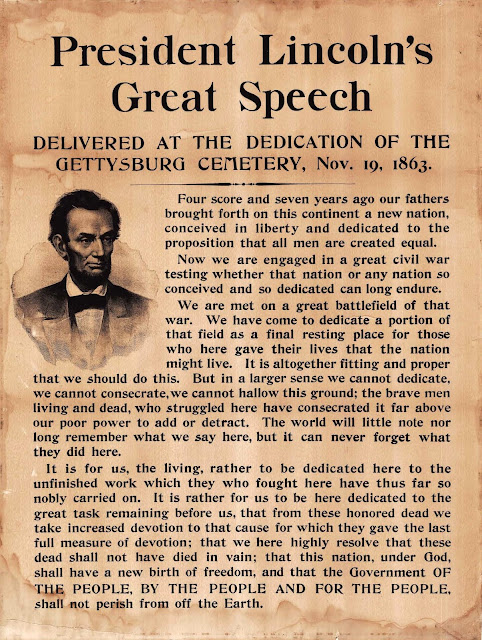 The first display of the Address at NCCHP coincided with the "Letters Home During the Civil War" presentation and triggered a number of impromptu memorized recitations from those of certain generations who were in attendance (do school kids still memorize the Gettysburg Address?).

Everybody knows "Four score and seven years ago..." but reading the speech today with the benefit of age and presumably wisdom, the most remarkable portion of the speech is the final paragraph and Lincoln's uncanny sense of the importance of being "dedicated to the great task remaining before us" that the nation "shall have a new birth of freedom." His call to action could just as well be in response to the events we still see nearly every day on the news.

NCCHP's first collection will be our Noble & Cooley catalog collection, which currently covers approximately 1890 to 1935. We believe the material will be of interest to collectors, researchers, etc. and will provide information that has been unavailable outside NCCHP until now. We expect the first collection to be available within 3 months or so. After that we plan to add more content and collections on a regular basis.

Until then here a few examples (as always, you can click on an image for a larger version): 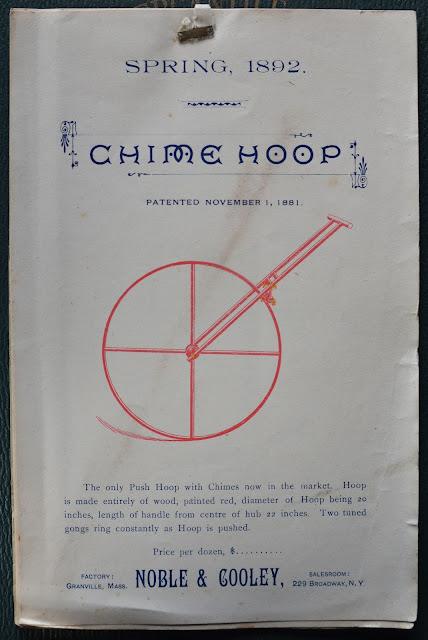 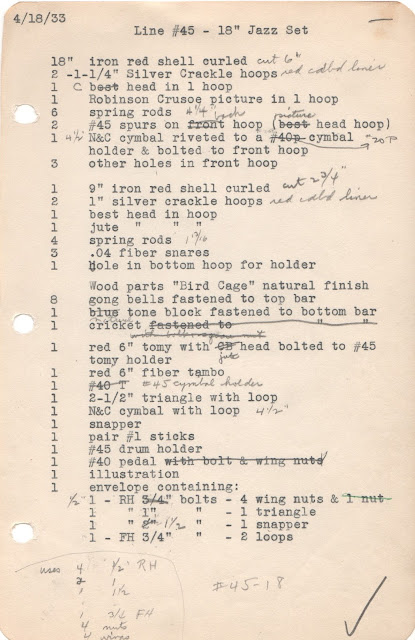 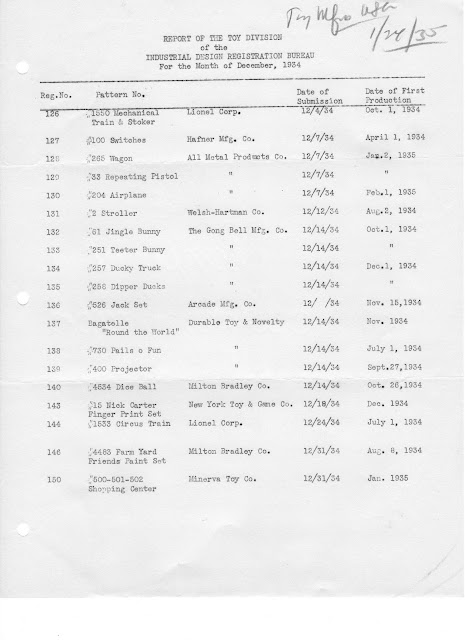 On September 21, 2016 NCCHP's Living History series hosted Carolyn Ivanoff's excellent program, "Dear Sarah - Letters Home During the Civil War." The program featured excerpts from Army Private Friend H. Smith's letters home to his wife Sarah, in which he described life in the Union Army, his feelings about the war, and the Emancipation Proclamation.

Using actual letters, photographs and historical records the presentation provided a vivid picture of Army life, major battle engagements, and family life during the Civil War. The program's remarkable insights into the significance of events to the future of the country not only brought history alive but underscored its direct connection with and relevance to our times. A packed house was not disappointed and listened intently throughout the amazing presentation. 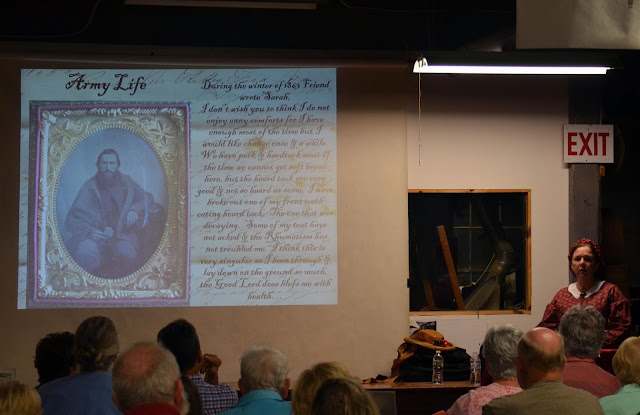 We are grateful to Carolyn Ivanoff for coming to Granville to share this wonderful history and the lessons that remain important to us today. We hope she will return to share more living history with us.

The Noble & Cooley Center for Historic Preservation is very pleased to announce that the Massachusetts State Historic Records Advisory Board (SHRAB) and the National Historical Publications and Records Commission have awarded it a second $1,000 preservation grant.
NCCHP will use this grant to continue the work of cleaning, organizing and preserving our massive paper archives that date back to the late 1800’s. These records provide a rare glimpse into the Granville people who managed Noble & Cooley and the workers who manufactured everything from drums to toys and the machinery on which they were made.

Since receiving the first grant we have discovered many hidden gems that were stored in dilapidated boxes. Thanks to the SHRAB grant funds these important records have now been more safely preserved for future generations.
Among the many treasures we have unearthed are an incredible collection of 19th century manufacturing equipment catalogs, complete Bulletins for the Toy Manufacturers of America documenting business developments and challenges during the Great Depression of the 1930's, payroll records from the 1890's, records for the Lister Bruston electric plant and many other catalogs and correspondence relating to much of the equipment on display in the museum. Even the 1925 registration for the Noble & Cooley Model T Ford turned up.
﻿

We wish to express our appreciation to SHRAB for approving our grant request and once again thank Rachel Onuf, SHRAB's "roving archivist" who has guided our preservation path, as well as University Products of Holyoke, MA. for helping us get the most out of the grant funds.

The First Evening of Fall 2016 at NCCHP

What more can we say? 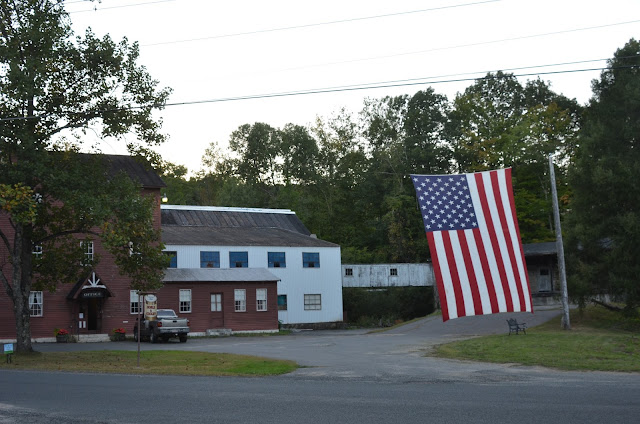 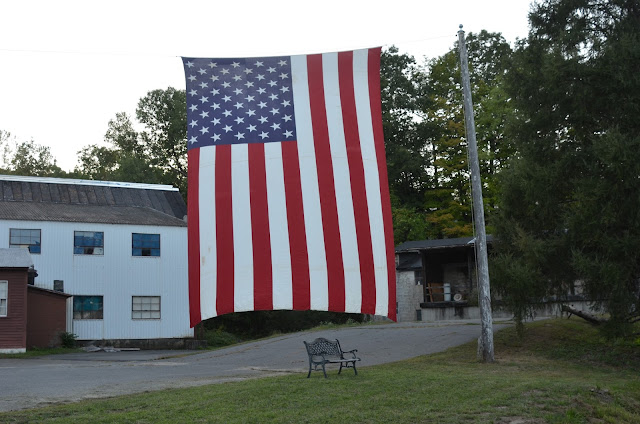 The presentation was covered by Time magazine in their August 2, 1954 issue:


The Springfield Union also covered the story on the front page of the July 23, 1954 paper (click on any image for a larger version): 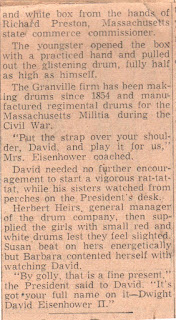 What else did Time think was newsworthy in August 1954?

"Do It Yourself: The New Billion Dollar Hobby" was the cover story. Today the annual gross revenue of Home Depot alone is nearly $90 billion.


Meanwhile in Congress, Roy Cohn, chief counsel for the Senate Permanent Investigations Subcommittee, was forced to tender his resignation and return to his Manhattan law practice. Wisconsin's Senator Joe McCarthy, who had once described Cohn as being "as indispensable as I am" in the effort to ferret out Communists," called it "a great victory for the Communists." McCarthy's own star would fade soon after and by the end of 1954 he faced censure by the Senate. Cohn would go on to represent many influential and politically connected clients including a current presidential candidate. McCarthy died in 1957, Cohn in 1986.

Ernest Hemingway was in Havana where he was honored with the Order of Carlos Manuel de Cespedes on his 55th birthday, having survived a plane crash in Africa. Hemingway died in 1961. Today his home in Havana is a museum and there are high hopes that the new U.S.-Cuba relationship will bring much needed improvements to the run-down facility.

Time provided a summation of the 1954 Geneva Conference which was intended to end the Indo-China War: "After eight years and at the cost of 34,000 French and Vietnamese dead, a war had ended in defeat... Historians might yet mark Geneva as the first date in a new era: the decline of the West." Among other things the agreement partitioned Vietnam at the 17th parallel, which would "presumably end in July 1956, when there are to be general elections... to create a single government for the entire country." What could possibly go wrong?

On a much lighter note, the cats were really swinging at the first Newport Jazz Festival. An estimated 13,000 people attended the Festival, which began on July 17, 1954.

What can we learn from the August 2, 1954 issue of Time? Probably that humans are a lot better at music than they are at trying to run the world!

What Does Noble & Cooley Have In Common With Downton Abbey? Hint: It's Shocking!

In 1925 Noble & Cooley installed the latest in electrical equipment: a British-made Lister Bruston engine and generator to supply electricity to the factory in Granville. Meanwhile at fictitious Downton Abbey Lord Grantham installed what would have been a very similar (although entirely imaginary) generator, resulting in various comical reactions to the new technology. The most likely installation would have been Lister Bruston, a favorite among the aristocracy. Click on any image below to see a larger version.


Flashing forward to 2016, the NCCHP archives project recently unearthed the complete, original Lister Bruston papers associated with the Granville installation, including brochures, price and customer lists, and extensive correspondence relating to the installation process. We have begun digitizing the documents and have added the first to the NCCHP photo site, which you can visit by CLICKING HERE. 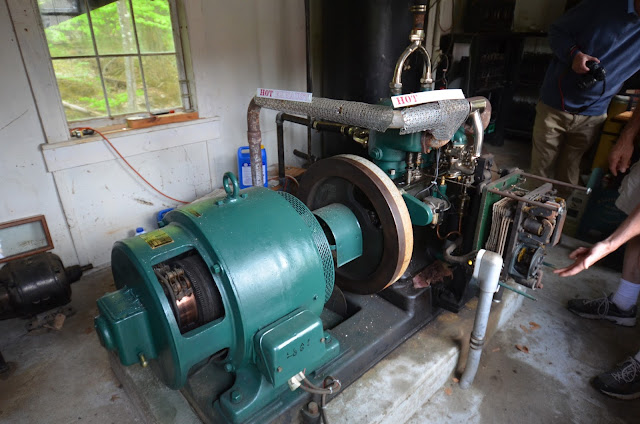 NCCHP relies on volunteers and donations to keep the drumbeat of history alive. Please consider making a donation. Visit www.ncchp.org to see how you can help.